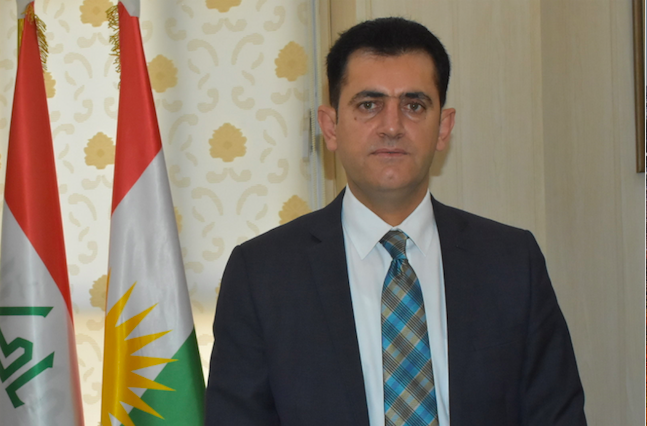 Mr. Hoshang Mohamad on the JCC’s strategic plans, key projects, and ensuring the rights of IDPs and refugees are upheld in the Kurdistan Region of Iraq.

On the purpose of the JCC

The Joint Crisis Coordination Centre (JCC) of the Kurdistan Regional Government (KRG) was officially launched on May 17, 2015. The KRG established the JCC as the lead institution for the coordination, response and management of all phases of crises and disasters. The KRG established the JCC in response to the current humanitarian and displacement crisis, the Syrian civil war, and the war against ISIS in Iraq, as well as in anticipation of future man-made and natural disasters.

The JCC has a long-term mandate and is to operate using an all-hazards approach and it is capable of operating 24/7 if needed. It can serve as a communication hub between individual governorates’ crisis response offices, ministries, departments, and the international community, as well as with the federal government in Baghdad.

The Kurdistan Region of Iraq spends on its 1.1 million IDPs and refugees $3 million a day, $85.8 million a month, and $1 billion a year. The daily cost to cover the very basic needs of each displaced person amounts to $2.6 including shelter, security and protection, water and sanitation, electricity, health and education, as well as the administration and management of the camps.

On the JCC’s Strategic Plan

The JCC developed a strategic plan in 2016 to establish a consolidated disaster and crisis management system in the Kurdistan Region of Iraq (KRI); encompassing legal, institutional, administrative and financial frameworks for effective disaster risk reduction, preparedness, response and early recovery through a whole of government approach.

The system will be tailored to the context of the KRI and define mandates for the institutions involved. It will lay out a strategy for related policy making, implementation and accountability. The system will also provide for the development of domestic expertise and best practice, enabling the KRG to predict and prepare for crises and disasters, or reduce their impacts whenever prevention is not feasible. The system will consider crises’ effects on people, the economy and the environment.

With the support of the JCC’s partners such as the United Nations Development Program (UNDP), the Germany Federal Agency for Technical Relief (THW), the German Corporation for International Cooperation (GIZ) and the Swedish Civil Contingency Agency (MSB), we have implemented 60% of the JCC’s strategic plan, including developing a draft legal framework; laying the foundation of an academy for crisis management capacity building; developing a gender policy; establishing a geographic data system (GIS), data and information management systems; constructing two logistics centers;  and establishing an electronic financial management system.

We are very proud to say that all IDPs and refugees in the Kurdistan Region of Iraq have been treated equally without any discrimination and that they have been provided free and equal access to public services, infrastructure and jobs in the market.

On the JCC’s Key Projects

The JCC has played a leading role in the response to the displacement and humanitarian crisis in the Kurdistan Region of Iraq. The JCC has worked on the operational and strategic level. It has prioritized these areas:

The JCC works continuously to implement and supervise the KRG’s rights-based policy for all the displaced people in the KRI with all its government, local and international partners. This includes ensuring the inclusiveness of the provision of services and assistance to all groups, based on the needs and vulnerability of the IDPs and refugees inside and outside camps. The services and assistance include providing humanitarian assistance, legal support, shelter, job opportunities and livelihood support, education, health care, protection, water and sanitation, electricity, work permits, among others.

On providing education to refugees & IDPs

We have provided land for the construction of education spaces and increased the number of shifts in the existing schools by more than two. We have also hired teachers to teach in these schools and educational centers, inside and outside of camps, to increase access to education for displaced children.

The KRG’s sudden population increase of 32% has placed it under heavy strain. The yearly cost of the increase is estimated at $1.4 billion, of which only approximately 25% is covered by the international community.

We have granted IDPs and refugees access to public hospitals and health centers free of charge and, even exempted them from the registration fees that apply to local residents. Doctors, nurses and other medical personnel are deployed to the clinics and health centers inside camps to extend medical aid and health services to the camps’ population.

On the infrastructure of the refugee camps

All the camps are either connected to the public electricity grid and water network or generators are set up and water wells drilled to provide them with electricity and clean drinking water. Moreover, new roads are constructed to connect camps with main roads to provide the camp residents with easy access to the cities.

The KRG’s sudden population increase of 32% has placed it under heavy strain. The yearly cost of the increase is estimated at $1.4 billion, of which only approximately 25% is covered by the international community through UN agencies and international non-governmental organizations. The remaining 75% is shouldered by the KRG and host communities despite an ongoing financial crisis which has affected the region since 2014.

The Kurdistan Region of Iraq spends on its 1.1 million IDPs and refugees $3 million a day, $85.8 a month, and $1 billion a year. The daily cost to cover the very basic needs of each displaced person amounts to $2.6 including shelter, security and protection, water and sanitation, electricity, health and education, as well as the administration and management of the camps. We have shared all the services and assistance that we provide to the local population with the displaced people. Since the outbreak of the crisis in 2014, the total cost of the displaced people in the Kurdistan Region of Iraq is estimated at $7.3 billion. 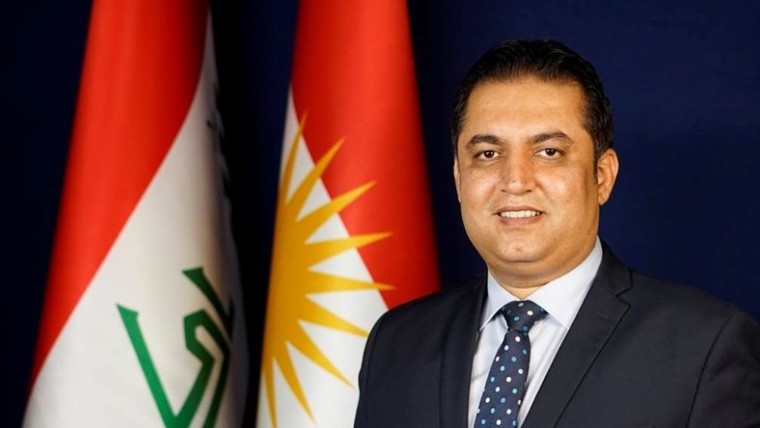