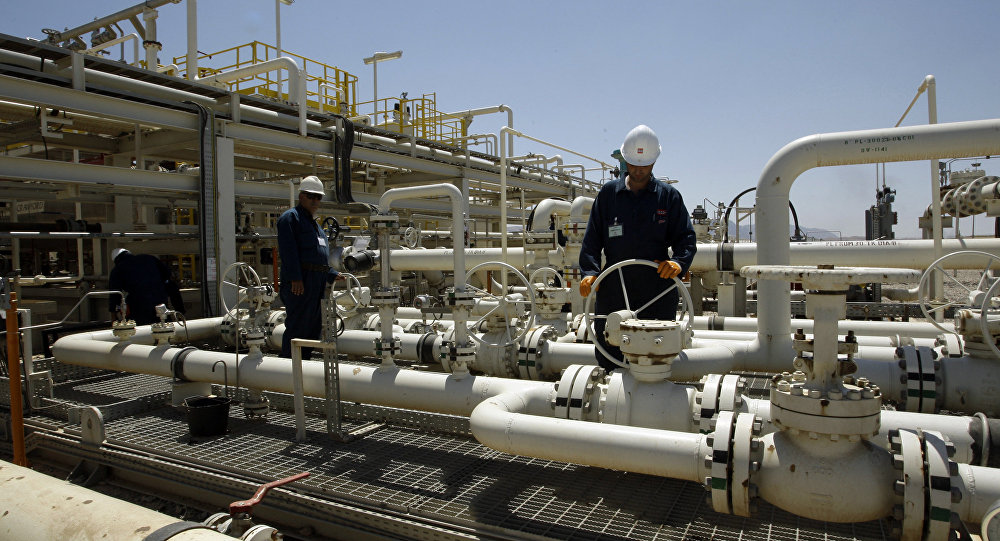 The Kurdistan Region of Iraq focuses on increasing its oil output and developing its abundant gas resources.

The oil industry has led to a remarkable transformation of the KRI’s economy since 2006. Today, however, the KRI finds itself in a more complex situation. A fall in oil prices means that oil production is no longer an easy path to explosive growth. While the KRG is working to diversify its economy, developing sectors such as manufacturing, agriculture and tourism, oil will remain to be the primary economic driving force for the foreseeable future.

The KRG’s Ministry of Natural Resourcesannounced that the KRI has exported over 133 million barrels of oil that has generated $7.7 billion in 2018, according to the latest data available.

So far, a total of 55 oil and gas fields have been discovered in the KRI. The MNR estimates that Kurdistan holds 45 billion barrels of unproven oil reserves, the 7th largest in the Middle East.

Since 2006 the KRI has more than doubled its oil production by opening up its markets to foreign investment. According to the latest data available, the KRI’s crude oil production stood at around 492,000 barrels per day (bpd) in 2019, up from around 417,000 bpd in 2018. The KRI produced around 10 percent of Iraq’s total output of 4.62 million bpd in 2019.

While new discoveries of substantial oil reserves are regarded as unlikely in the near future, the KRG aims to increase its current production levels to 550,000 bpd in 2021.

There are three refineries in the KRI, which have a combined installed capacity of 140,000 bpd as of 2020.

The KRI possesses around 27 trillion cubic feet of proven gas reserves. The KRG has been identified gas as a priority for long-term strategic development.

The development of the KRG’s gas reserves has the potential to become an engine of future economic growth. As such, the KRG’s economic development roadmap lays out plans to develop and capitalize on the region’s abundant natural gas resources. The utilization of gas will be crucial to meeting rising power demand in the KRI.

Energy experts are confident about the future of the region’s gas projects and the MNR’s commitment to boosting the output capacity of its gas fields. The first phase of the MNR’s plan is to develop Kurdistan’s gas resources to meet domestic demand. The second phase focuses on meeting the demand of southern Iraq and neighboring countries.

The issue of unplanned power outages across the KRI needs to be addressed. Many businesses and homes have their own back-up power generators to maintain a stable supply. Currently, the KRG supplies around 17 hours electricity per day. However, the KRG’s Ministry of Electricity has plans to develop capacity in power generation, transmission, distribution and control.

Kurdistan’s power generation capacity is primarily managed by the private sector, which provides the bulk of Kurdistan’s electricity generating infrastructure. Generating capacity expanded to rise from 482 MW in 2007 to around 6,737 MW in 2020.

Since 2004, over $5 billion has been invested in electricity generation in the KRI. The KRG is planning to invest another $1.2 billion in the coming two years.

Installed capacity for renewable energy sources in the KRI remains quite limited. KRG officials confirm that renewable energy plays a minor role in meeting the Kurdistan’s power needs at the moment, but also point to the important role that alternative sources of energy play in their strategic energy outlook. Currently, the KRI has five small hydro projects, which generate only 8% of the KRI’s total generation.

Private sector solar projects have so far been limited to a few small-scale undertakings. The KRI’s first solar park will be established in Duhok in partnership with the UNDP and the Duhok Governorate. It is expected that the pilot solar project will provide a minimum of two megawatts of electricity within two years.