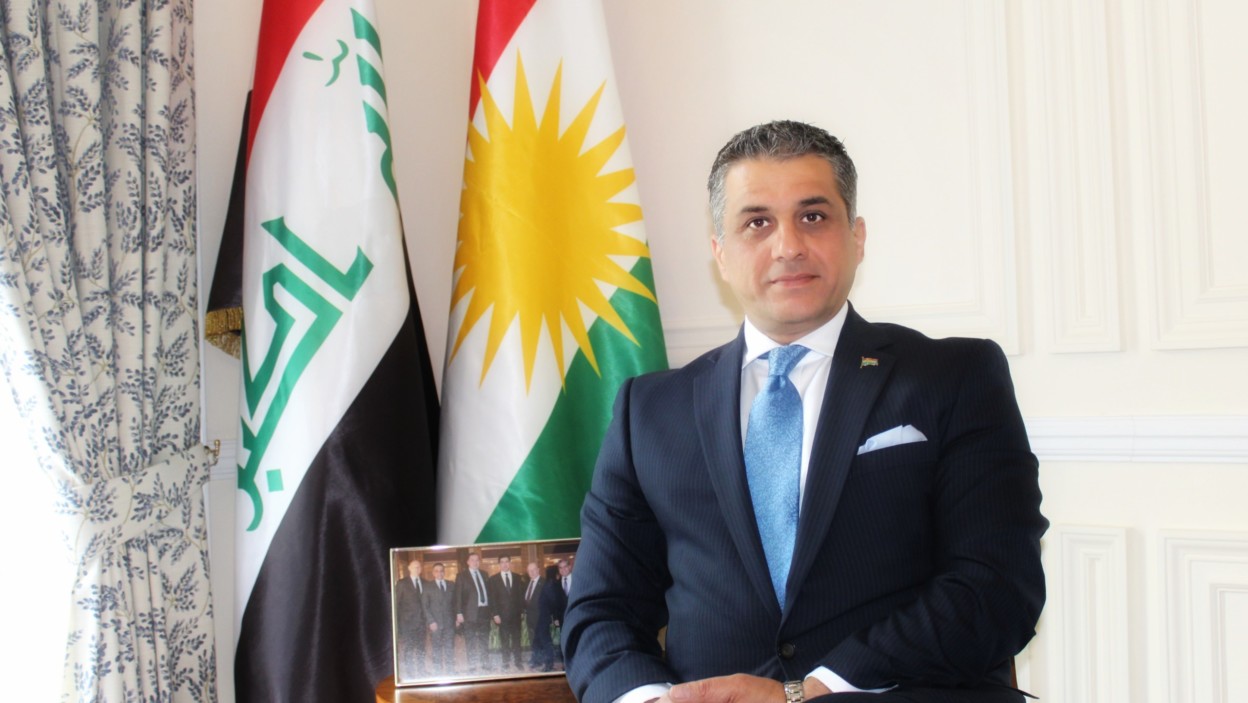 Karwan Jamal Tahir, the KRG High Representative to the UK, on the ties between the UK and the KRG.

What are your Representation’s top priorities to further strengthen the bilateral ties between the Kurdistan Region of Iraq (KRI) and the United Kingdom (UK) in 2020?

The special and historical relationship between the KRI and the UK is long standing and deep rooted. It should be constantly nurtured and emphasise shared values and interests in many areas, including human rights, democracy, security and practical co-operation. We have so much in common.

The Kurds and Kurdistan make huge contributions to the security and overall political and economic stability of the Middle East and beyond.

It is vital to make sure that the KRI’s concerns are heard by British institutions, officials, both Houses of Parliament, and the wider people who have often been sympathetic to Kurdish aspirations.

The All-Party Parliamentary Group on the KRI has been active for over a decade and has taken many MPs and peers to Kurdistan so they can see our progress for themselves and then argue for better bilateral relations on the basis of many mutual benefits.

One of our top priority for 2020 a to revive economic relations after five years of severe challenges to the KRI, and further strengthen trade and investment.

Our Representation is working steadfastly to create more links between our two nations through government-to-government interactions, scientific and education links, and cultural connections. We work with officials and business bodies to expand areas of interest between the KRI and Britain.

One of our top priority for 2020 a to revive economic relations after five years of severe challenges to the KRI, and further strengthen trade and investment. Such commercial ties are at the heart of our endeavours so both sides can benefit from the opportunities and jobs that trade and investment creates. In turn, the growth of economic ties relies on peace and security which creates a conducive environment for prosperity. The KRG has invested hugely in maintaining and strengthening security in Kurdistan.

Our other strong ambition is to encourage direct air links run by British Airways and maybe others between Britain and the KRI. We want to see more British tourists taking advantage of the wonderful cities and countryside in the KRI and we are confident they will like what they see and that will build further support for us.

Which of Kurdistan’s economic sectors offer the most potential to UK businesses? What is your key message to the UK business community?

The KRI remains an emerging market, offering opportunities for businesses across multiple sectors. This is why the KRG has put so much effort into attracting British investors and we are proud that over 140 British companies operate in Kurdistan.

We offer security and stability, as well as substantial reforms to encourage foreign investors, which will allow the KRI to become a major business destination.

Developing the oil and gas sector was vital in the last decade, but KRG policy now is to shift away from excessive reliance on energy revenues. Economic diversification is vital for sustainable long-term economic growth and is central to my government’s economic and social strategies. That is why my government has announced that its investment priorities are agriculture, industry, and tourism, where UK companies could find many opportunities.

Economics and politics are inseparable from security and stability, which are vital to the wellbeing of businesses. My central message is that we offer security and stability, as well as substantial reforms to encourage and assure foreign investors, which will allow the KRI to become a major business destination. I ask businesses and people to take a good look at what we offer and recognize our huge potential.