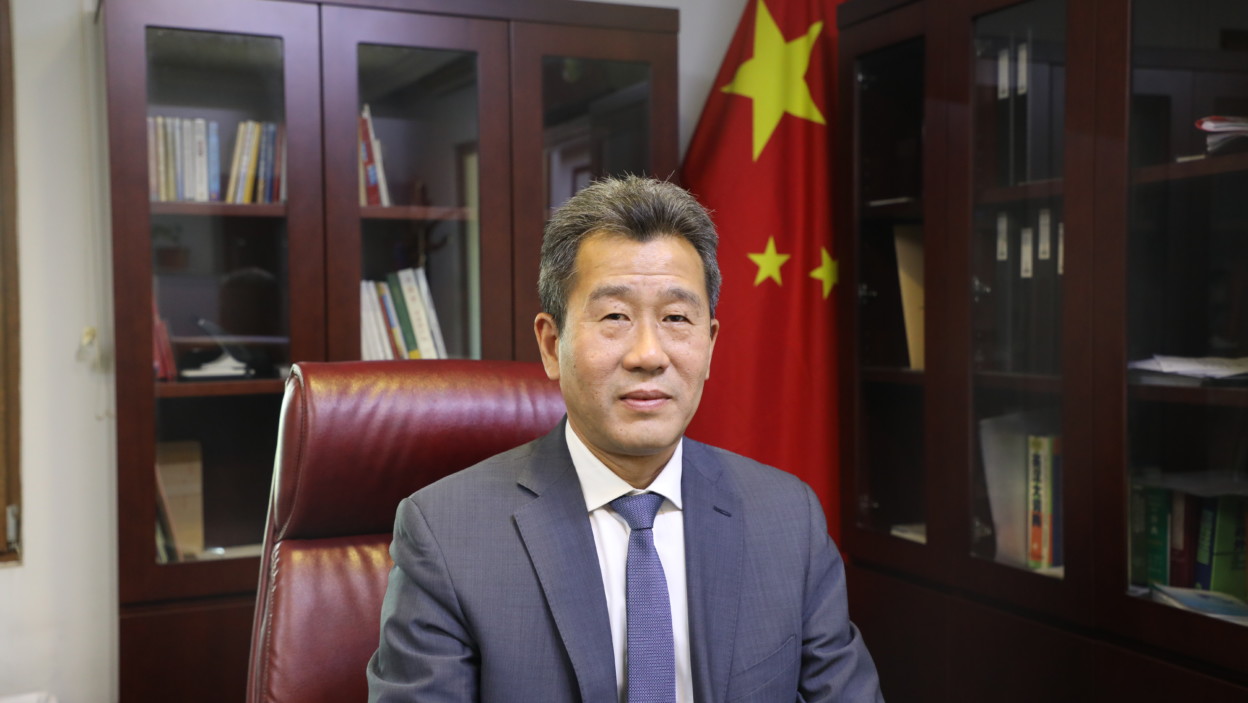 Chinese Consul General Ni Ruchi discusses the growing commercial and cultural ties between China and the Kurdistan Region of Iraq.

On relations between China and Kurdistan Region of Iraq

China places great importance on developing its relations with the Kurdistan Region of Iraq (KRI). At the most difficult time of the war against terrorism in 2014, the Chinese government decided to open the consulate general in Erbil, which fully demonstrates China’s firm support for the fight against terrorism in Iraq and the Kurdistan Region. Over the past five years, with the strong support of the leaders of the Kurdistan Regional Government (KRG), friendly exchanges and cooperation between China and the KRI have steadily improved in various fields. We seek to expand our cooperation with the KRG to continue to further develop China-KRI relations.

Over the past five years, with the strong support of the leaders of the KRG, friendly exchanges and cooperation between China and the Kurdistan Region have steadily improved in various fields.

On business ties between China and the Kurdistan Region of Iraq

Chinese enterprises have constructed and invested in cement plants and steel structure plants; actively participated in oil exploration activities; and provided professional skills training programs in the KRI. Since 2018, companies from both sides have enjoyed interactions in the fields of energy, electricity, agriculture and environmental protection. Huawei and Korek Telecom have signed cooperation agreements. In addition, two Chinese companies have signed off on oil field waste gas recycling and utilization projects and cement plant projects.

Chinese enterprises are open to all and any economic and trade cooperation with the KRI. This includes strengthening cooperation in the fields of agriculture, industry, tourism, energy and infrastructure construction, which are also the key areas mentioned in the new government of the Kurdistan Region’s agenda. If the KRG refines its policies on investment, more Chinese enterprises will be attracted to invest in the KRI.

At present, there are more than a dozen Chinese companies in the Kurdistan Region, such as Sinoma, DQE, BGP, Huawei. Nearly 3,000 Chinese citizens are working in the Region.

Chinese enterprises are open to all and any economic and trade cooperation with the KRI. This includes strengthening cooperation in the fields of agriculture, industry, tourism, energy and infrastructure construction.

We have close people-people exchanges. The Consulate has invited its Kurdish friends from all walks of life to participate in various training courses in China such as a training course for young and middle-aged diplomats and a course on maintaining cultural heritage.

We have invited many young Kurdish people and media professionals to visit China. The Chinese government has provided scholarships for 10 Kurdish youths to study in China in 2019. More than 50 officials and technical personnel have completed short-term training courses in China in 2019.

The Kurdistan Region enjoys a good geographical location, abundant resources and huge development potential. Now, the war against terror has ended and the new government has been successfully established. The internal and external environment is stable, everything is ready. We believe that under the wise leadership of the KRG, economic development can return to the right track.