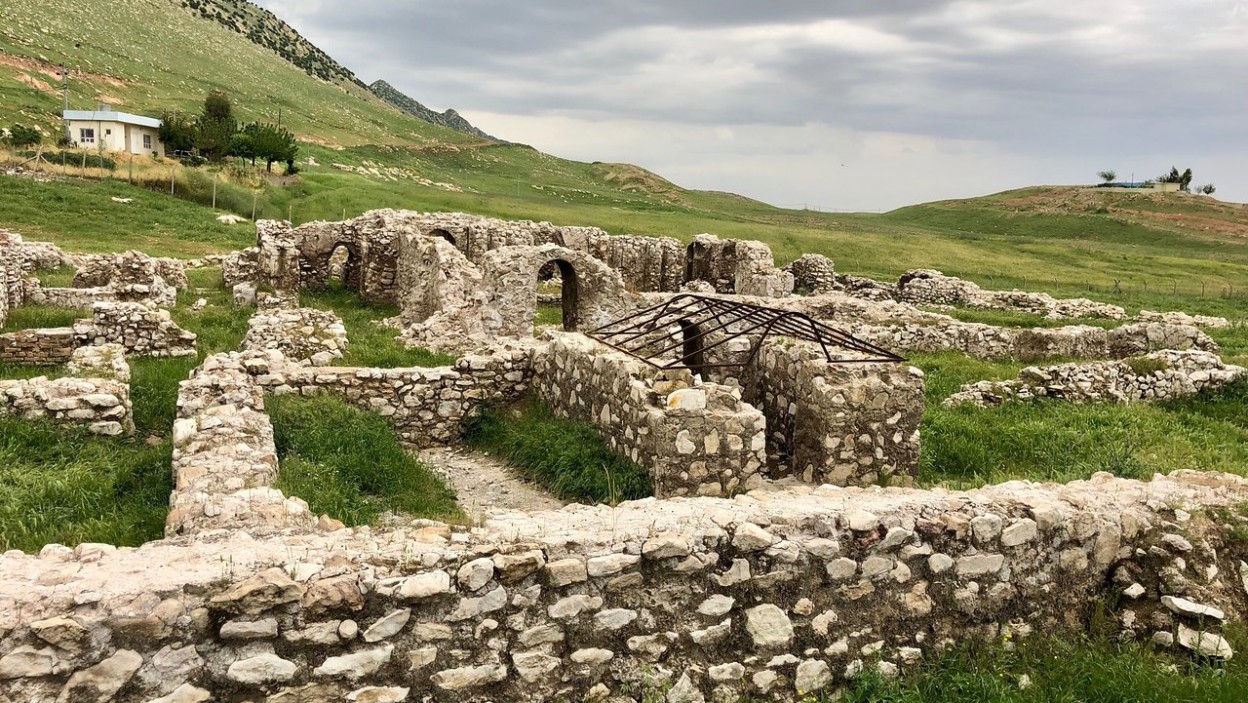 The Bazyan archaeological site was first identified in 19th century by the British archaeologist Claudius James Rich, who mistakenly classified it as a caravanserai. The current excavation was started in 2011 by a team headed by Vincent Déroche and Narmen Ali Muhamad Amen from Salahaddin University, and has revealed that the structure was established as a monastery during the Sassanian Empire. The church on the Bazyan site was identified as having been built by Syriac-speaking Christians towards 6th century.