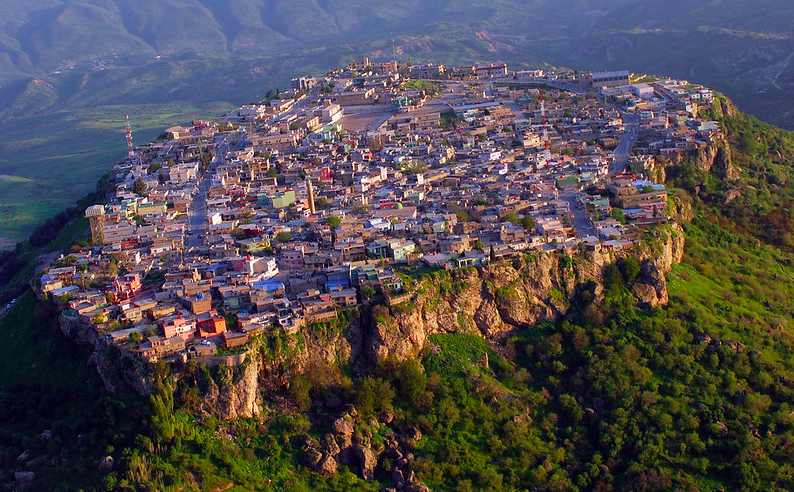 The ancient city of Amedi sits in a landscape of high mountains, 1,400 meters above sea level, in Duhok province.

This small mountain-top city’s history dates back to the Assyrian Empire era, 2,500 B.C. Amedi has been able to preserve its unique characteristics. Because of its ancient history and diverse culture and heritage, Amedi is a landmark of Kurdistan. The city attracts visitors not only for its history but also for its natural beauty. Amedi was listed in Iraq’s Tentative List of World Heritage Sites by UNESCO in 2011. It was also nominated for the World Monuments Watch List in 2016.

Amedi was listed in Iraq’s Tentative List of World Heritage Sites by UNESCO in 2011. It was also nominated for the World Monuments Watch List in 2016.

The city symbolizes the religious diversity and co-existence in Iraqi Kurdistan. Historically, Kurds, Jews and Christians have lived together for centuries in Amedi. A small Christian community still lives in the Christian quarter on the west side of town. Amedi was also an important center of Jewish life for centuries. There were two synagogues in Amedi in the 12th century. The city’s Qubahan School was an important education center for Islamic studies for several centuries. The school was linked with al-Azhar University in Cairo, and attracted students from around the Muslim world.